Lee Grigsby of Merchants Foodservice, selling out of the Newberry, South Carolina division, earned top honors as AFDR’s November 2019 DSR of the Month.

Lee’s territory is in Greenwood, SC which is about 55 miles from his warehouse in Newberry, South Carolina. In about 80% of his customers, he controls 90-100% of their business.

Grigsby first began as a meat department manager in a supermarket for 12 years until the company was being sold. Through his dairy foodservice salesman, he got connected with his distributor and has been a DSR ever since.

Lee’s meat experience and knowledge came in handy with his customers and helped answer questions for some DSRs who were unsure of the exact meat products their customers were asking for. But it took about 2 ½ years for Grigsby to feel comfortable with the other products because understanding what the customer wanted was difficult until he learned the differences between items such as cooking oils, French fries, and chemicals. Dealing with chefs and other people who had more knowledge than he did was intimidating because he didn’t want to fail them.

Grigsby was not afraid to ask questions of other reps, brokers, and even customers when he needed to learn more about a product. He learned it was important to know how the customer was using a product to make sure it was the right product for the purpose. Don’t be afraid to ask questions because that’s better than shipping the wrong products and the customer getting frustrated needing a credit and wanting it picked up.

Grigsby asks existing customers about other restaurants; looks at reviews online; takes his wife to place for dinner and observes the parking lot, food style, quality, attitude of wait staff; then follows truck in one day to see what kind of products are coming off to ascertain how much they’re using and the quality; then goes in with that info and asks for owner or manager and lets them know he and his wife ate there and had heard good things, gives them his card and asks if there’s a more convenient time he could stop back in and talk and maybe bring a sample.

About 3 out of 5 prospects will tell him they’re happy with their current supplier, so he asks if they’d mind if he stopped by from time to time, then next time brings a sample or point of sale.

Try to sell existing customer more products. Ask about products they’re buying from another DSR and the price they’re paying for it. It may be high because the other distributor doesn’t think you carry it because you’re not selling it to them.

Lee prints out statements on Sunday and takes it in with him showing them what they owe from the previous week and handles that first thing, asking for a check.

Dealing with your Credit Department:

Be honest with them, most will work with you. When you have an account on credit hold, don’t tell them you have a check in your pocket and to release them unless you do.

Communicating with your truck driver and supporting each other is best because they can make or break you. If your driver will tell you about shorts or errors, then you can work with them and maybe pick it up.

Lee gets up in the morning feeling like he’s going out to see friends and catching up on what’s going on with them and their families, not just showing up for orders. He services his customers and tries to help them make money. 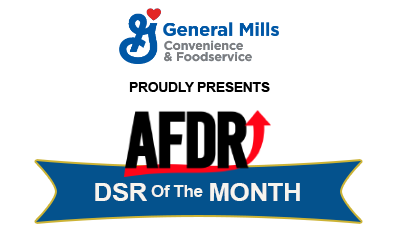 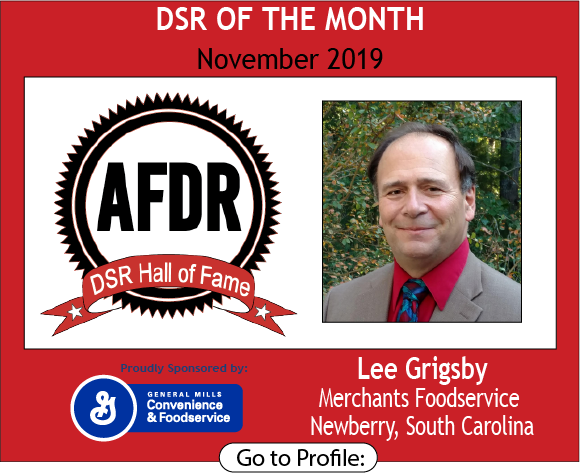